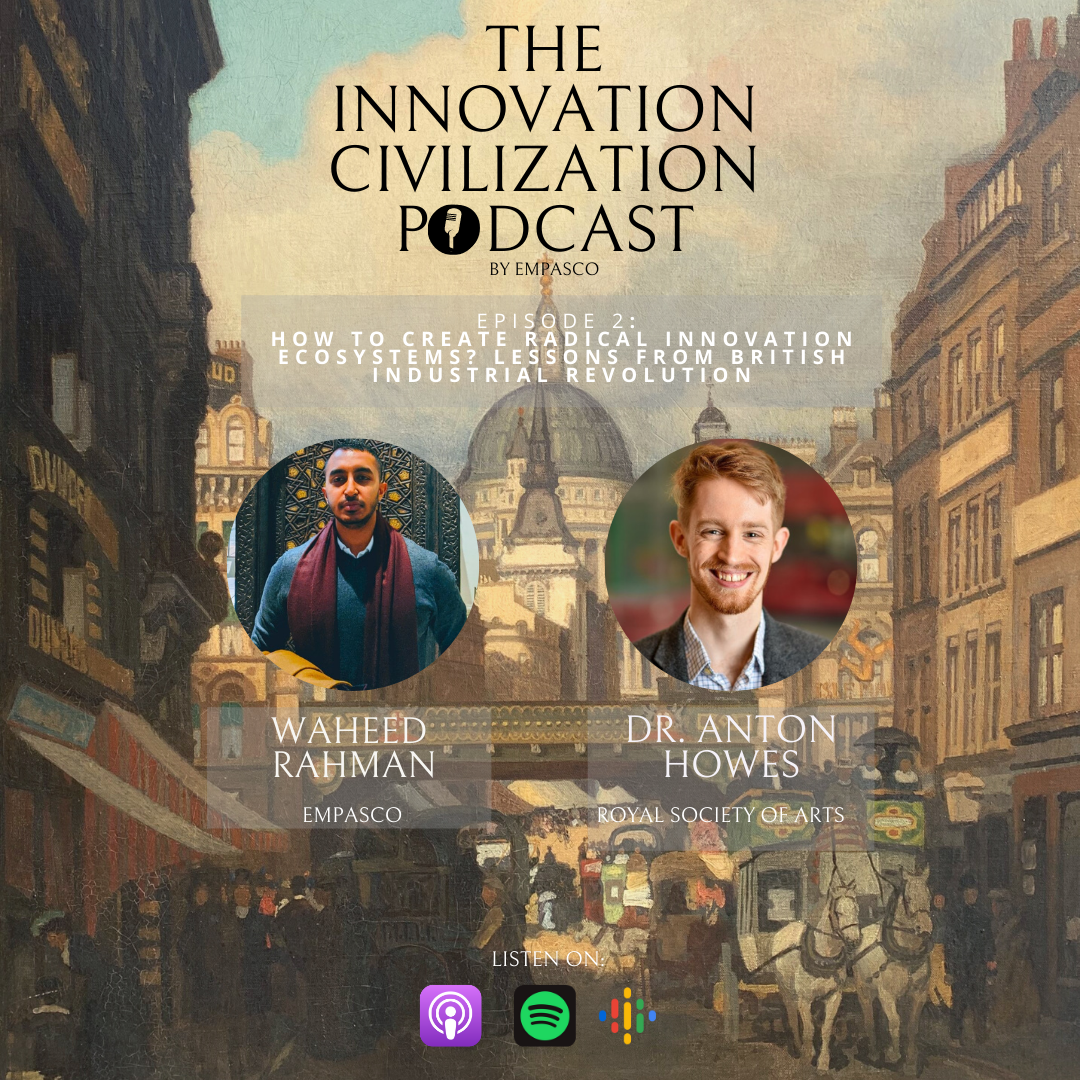 In our second episode, our Co-Founder Waheed Rahman (@iwaheedo) is joined by British historian and author Dr. Anton Howes (@antonhowes) where we uncover the roots of innovation in the modern world, including how to create innovation ecosystems with a focus on 16th-19th century Britain as a case study.

Dr.Anton is the Head of Innovation Research at The Entrepreneurs Network and released his latest book 'Arts and Minds: How the Royal Society of Arts Changed a Nation'. He's also a former Lecturer in Economic History at King's College London.

(07:08) - Industrial Revolution: Why this epoch of time is so crucial in innovation history?

(16:47) - Key factors that led to an accelerated period of innovation and invention in 16th-century Britain

(22:41) - Scientific Revolution and effects of the Baconian Program on Early Britain during the 1500s and 1600s

(32:44) - Reasons and origins of why the idea of 'improvement mentality' came about

(59:03) - Is there a decline in Innovation in Britain vs the American acceleration in 20th century?

(1:06:09) - Lessons for Emerging Markets when it comes to creating Innovation Ecosystems

Thanks for joining my newsletter.
Oops! Something went wrong. 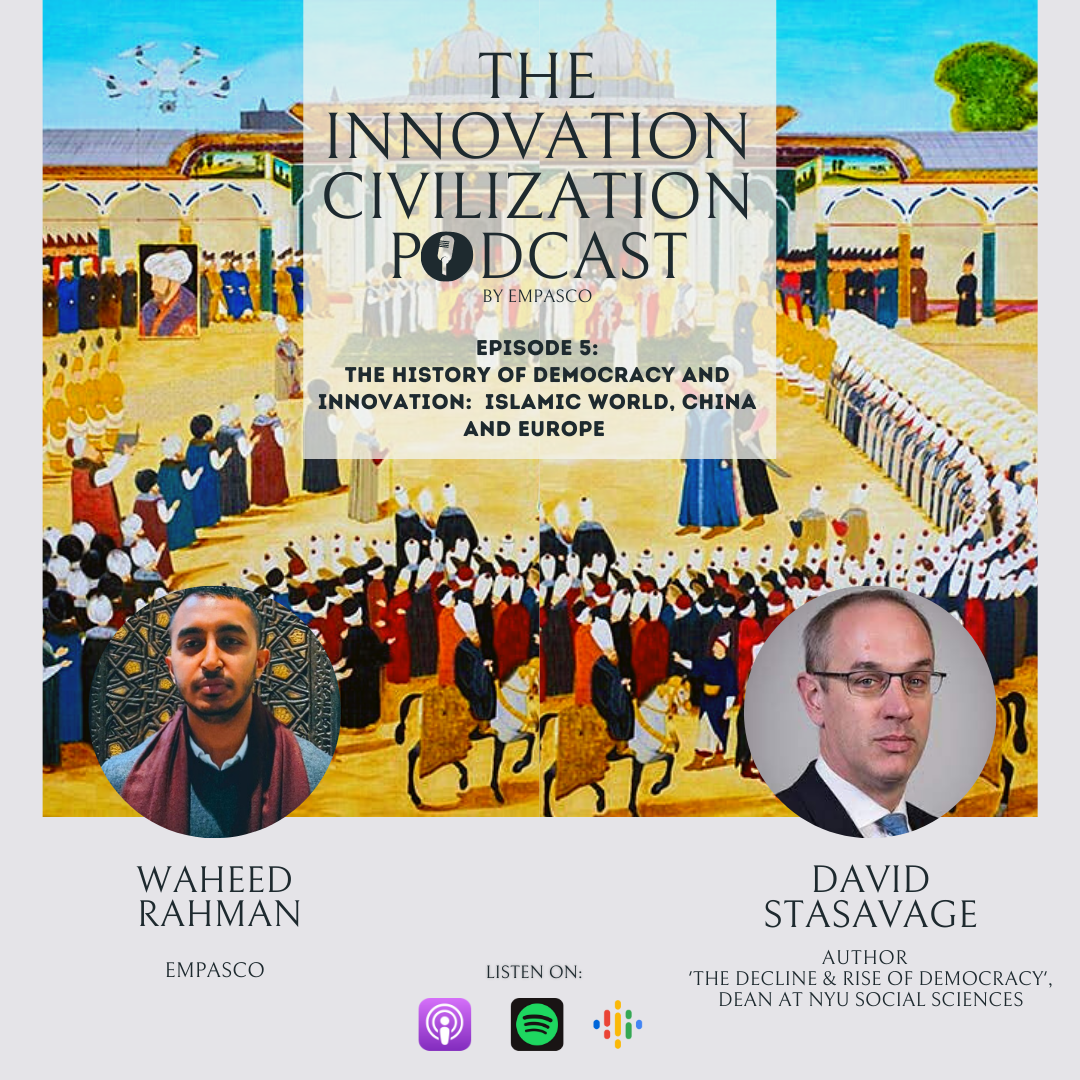 The history, first principles & formation of democracy in the world. 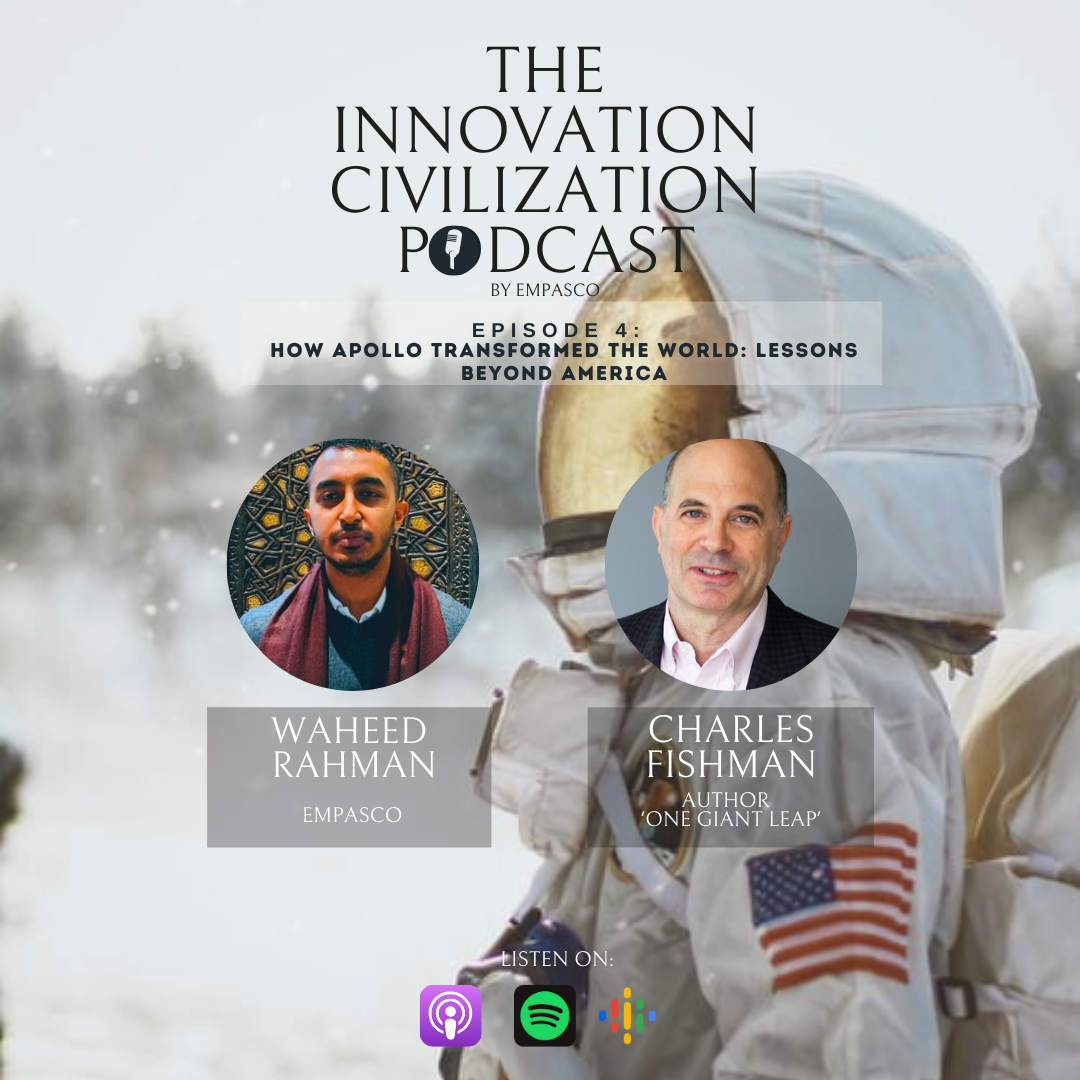 Ep 4: How Apollo transformed the world - Lessons beyond America

Lessons from the one of world's biggest deep-science technology projects 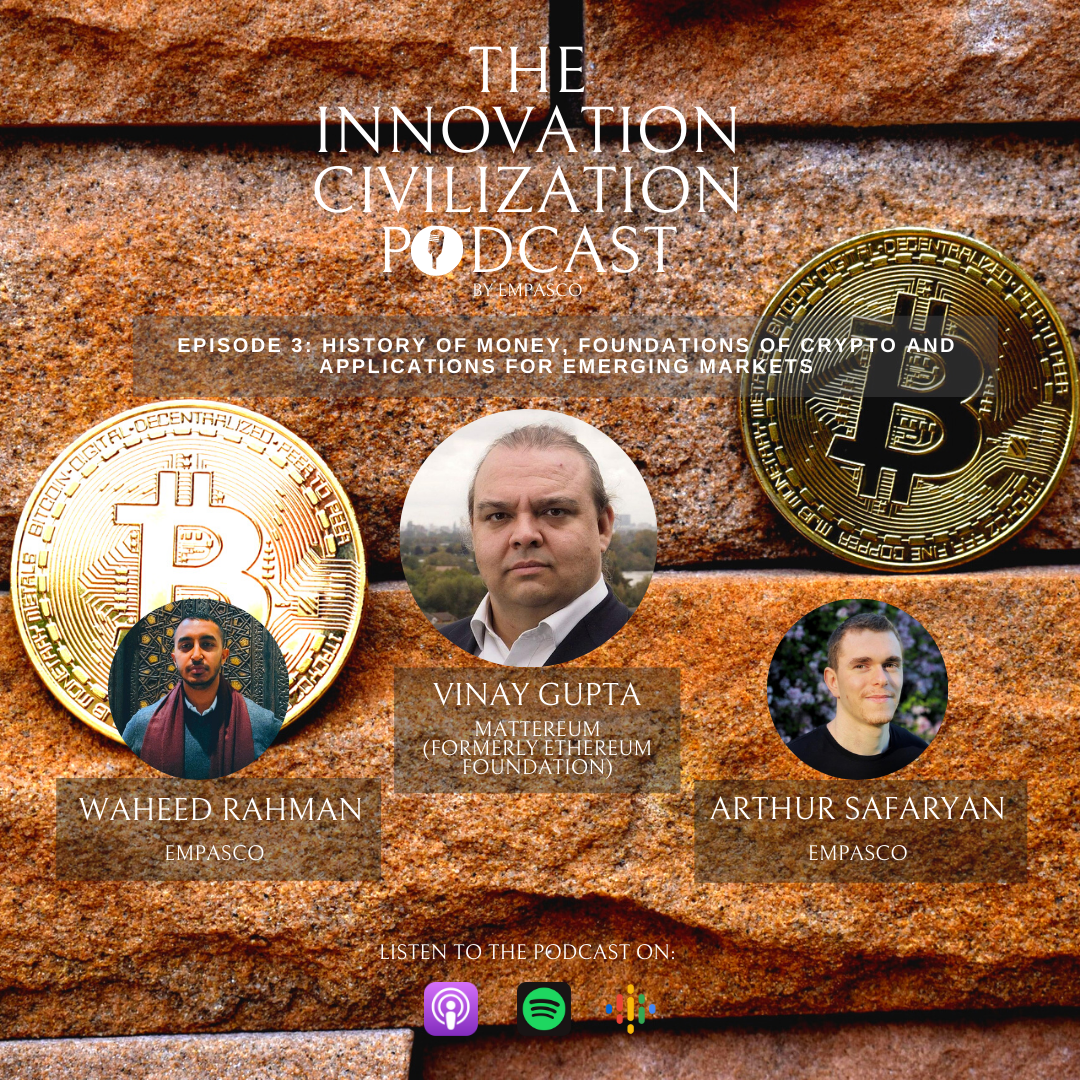 Ep 3: History of Money, Foundations of Crypto and Applications for Emerging Markets

We welcomed one of the pioneers of Ethereum.